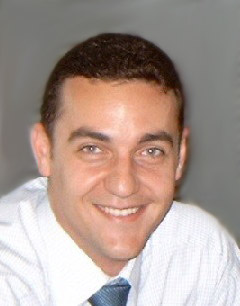 Yakov Shegolyov has over 16 years of experience in various commercial roles in the oil & gas industry in emerging economies and in corporate headquarters in the United Kingdom. He has led large projects related to offshore and onshore oil operations in the Caspian region and globally and he also worked on the Baku-Tbilisi-Ceyhan pipeline project.

Yakov has had a career in the oil and gas industry and held various positions with BP both in their global headquarters in the United Kingdom and in Baku, Azerbaijan. As a Senior Contracts Manager he led negotiations with major service companies globally and managed BP relationships with its suppliers. In Azerbaijan he was a Commercial Team Leader within BP’s onshore business and also oversaw its business planning process in the Baku-Tbilisi-Ceyhan Pipeline project.

Yakov has a degree as a Chartered Procurement Specialist from the Chartered Institute of Purchasing & Supply in the United Kingdom and a BA from the Khazar University of Baku, Azerbaijan. He speaks Russian, English and some Azerbaijani.